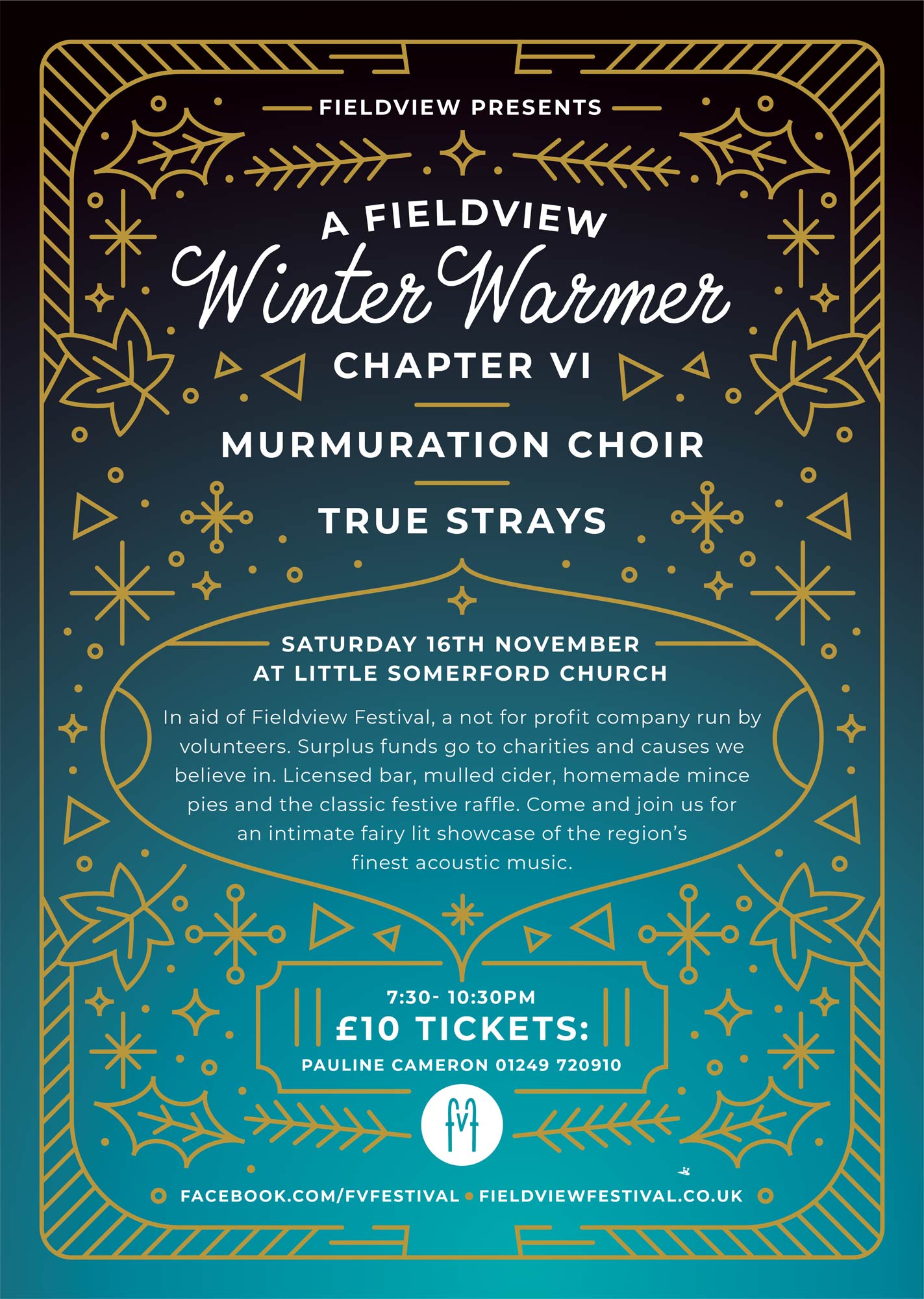 After last years SELL-OUT, the annual Fieldview Winter Warmer has become a legendary event by local standards. Come start the festive season in a beautiful rustic 13th Century Church with some heart warming and uplifting music, mulled cider and mince pies. Wrap up warm and embrace the festive season in a candle lit church listening to some of the finest music around.

Murmuration Choir
Murmuration Choir are a 60 member vocal harmony group from Bristol. Re-inventing some of the most ambient and uplifting alternative songs of the last decade. Harmonies flood your senses with imaginative re-workings of Imogen Heap, James Blake and Bjork.

Murmuration Choir was founded, and is currently led, by singer-songwriter, producer & choral director, Isolde Freeth-Hale, who has been composing, performing, teaching & working with choirs for over a decade.

True Strays
With over 20 UK festivals under their belt in 2018, their first foray into the European festival scene at La Truite Magique, Belgium and live sessions with Sofar Sounds and BBC Introducing in the West, things are starting to come together for True Strays and its founding members James Cameron and Joseph James. Come and see this roots and blues band in a stripped back and intimate setting and you will see a new soulful side to their sound.

In aid of Fieldview Festival, a not for profit company run by volunteers. Surplus funds go to charities and causes we believe in. Licensed bar, mulled cider, homemade mince pies and the classic festive raffle. Come and join us for an intimate fairy lit showcase of the region’s finest acoustic music.

The Fieldview Winter Warmer VI was another massive success. We sold out again, the Little Somerford Church was packed with...

Beautiful Fieldviewers, Some of you have been asking the question, others have no doubt been thinking it, “Is there going...

Message about the Future of Fieldview Festival

We've had a number of people ask about Fieldview Festival 2019 and whether this is going to be the last...

Mash your email address into the box below and be the first to find out about line-up announcements, ticket information and festival news.